You may see it on a magazine cover one day, and hear about it at a TEDxConference the next day.

Or, you walk by your neighbourhood, and there it is: the trendy spot offering coffee-and-books-and-desks-and-wifi-and-coworking-and… you name it. 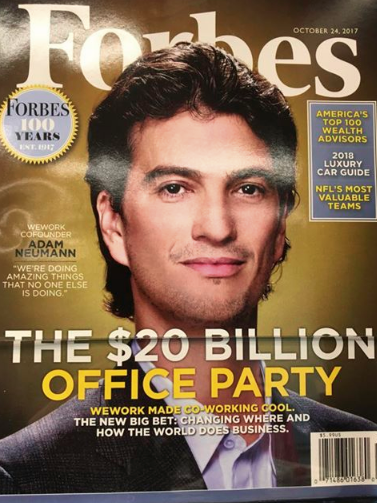 Whatever is happening around us, we’re happy about it.

We haven’t forgotten the times when – around 2008-2009 – you had to travel a few hours in order to meet someone aware of Coworking, often at far away barcamps and nonconferences.

It’s no longer so.

It’s a lot different, and it makes a lot of difference – these days – how you use the word.

It’s not a recent trend, it’s been going on for years – maybe reaching climax with WeWork and the such, making the headlines with their super-projects.

As a network of independent spaces, we’ve been feeling like pointing out what this is all about, for us.

For us, and  for the 100+ Coworking Communities that operate with our logo/guidelines/best practices.

For this exact reason,  we wrote down the 10 commandments (!) of Coworking: what is Coworking for the Cowo® Network.

Not only for people, actually: we thought that a clearly-stated community-driven approach might be of interest for other fellow Coworking owners around the world as well.

We did it, and after we did we translated it.

So you can enjoy our Cowo® Manifesto in 7 languages: English, German, French, Spanish, Italian, Russian, Dutch.

And even if – since we first published it on SlideShare –  it’s been viewed about 77,000 times, here it is again, English version. Apologies to those who know it already.

Last but not least: all Coworking Spaces who join our Network sign a contract, the first lines of which is – guess what? Exactly. The 10 Coworking Commandments 😉

Mrs. Tajani might well be the first politician ever to conceive a structured plan for a public-funded ...
Read more

Hairdressers like Coworking Spaces? Yes sir. Thanks to City Council member Cristina Tajani, if you run a hairdresser's ...
Read more